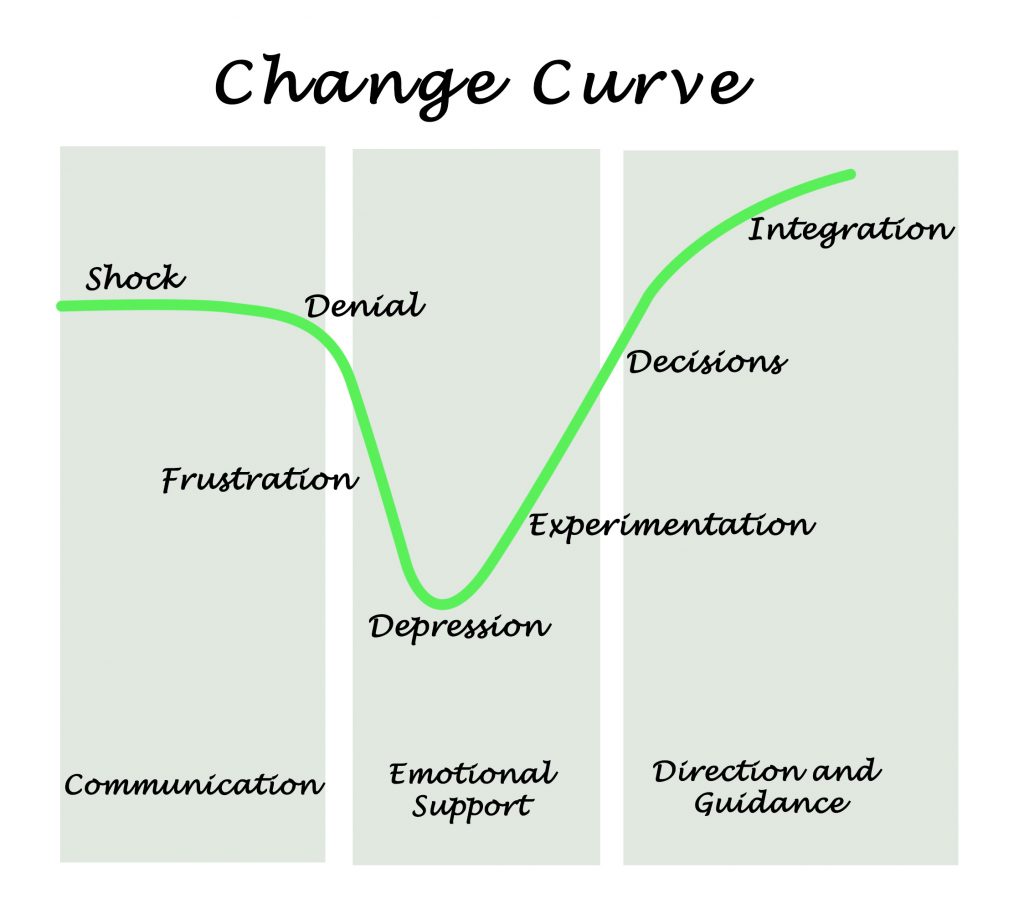 Its been more than 6 months since the COVID-19 pandemic first hit our awareness.  As I reflected on all that has transpired over the past several months, the realization that our lives will never be the same again, and the impact this pandemic has had on me, others and the global community at large; it occurred to me that this crisis (while on a huge scale), nevertheless, could be explained by “the Change Curve”.

The ”Change Curve” is a model originally developed in the 1960s by Elisabeth Kubler-Ross to explain the grieving process. Since then, the model has been used in many different contexts to help people understand their reactions to significant change or upheaval. By the 1980’s the Change Curve was a regular model/process used in change management practices. The curve is used to predict how people’s performance could be impacted by significant announcements, implementation and change. There are many versions of the model in existence today. However, the majority are consistent in using variations of the original basic emotions of denial, anger, depression, and acceptance.

Let’s consider each of the emotions on the change curve. As you do, determine if you can relate to the emotion or if it’s an emotion you have already passed through sometime over the past several months:

Every individual is different and therefore it is difficult to predict how quickly you and your employees will move through the change curve. Some may be stuck in certain stages for long periods of time as they make sense of the situation for themselves, while others will move through the curve more rapidly.  However, knowing where you or your employees are on the change curve, will help you identify the best strategies to use to move yourself forward and to support others in the process.

If you need perspective, strategies or some coaching to help you move through the change curve more quickly, I’m here to help. Contact me at linda@lindacattelan.com  or at 416-617-0734.