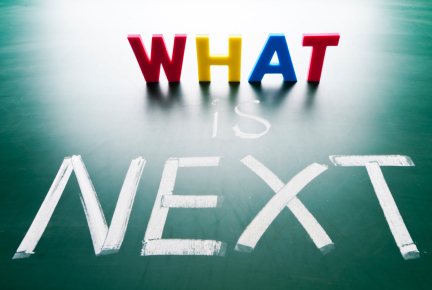 I was at the top of my game. My career was on an upward trajectory and everything was going well, or so I thought. I was deemed high potential and in line for the next promotion. In fact, I had already had my round of internal interviews and I was not only told I was the best candidate, but I was told that I would be getting the job. The promotion I so patiently waited for was finally imminent. But then, I heard nothing, and when the announcement was made my name was not mentioned. Another candidate got the job; I was devastated. My mouth dropped and all I kept thinking was “what happened?”

There are so many ways I could have reacted to the situation. I was hurt, my ego bruised, I was grossly disappointed, and I felt like I had somehow done something wrong to justify being passed over for my greatly deserved promotion.

When I finally gathered my thoughts and feelings, here’s what I decided to focus on:

THE FACTS: It would have been easy to make assumptions about the situation. I could have told myself: “They changed their mind”, “They didn’t think I was good enough”, “There is a better candidate”, “I don’t deserve the promotion”. Instead, I needed to get to the bottom of the situation. What happened between when I was told I had “the job” to the time the announcement was made? Why did the announcement come out announcing someone else’s name? I didn’t want to make any assumptions about why I was being passed over. I enlisted my current boss and my human resources representative to make some calls on my behalf to help figure out what happened. As it turned out a very competent candidate was returning from maternity leave and needed placement. The screw up was in neglecting to let me know that the plans had changed.

MY RESPONSE: Throughout the ordeal I kept my composure, remaining calm and controlled. It would have been easy to have a “hissy fit” or to get angry. However, I simply wanted to understand the situation and close some of the communication gaps. I decided to take the high road and keep my emotions in check and not make this about me and how being passed over was making me feel. You can’t always control what happens to you, but you most certainly can control your response and that makes all the difference.

THE NEXT STEP: Once all the communication loops were closed and it was confirmed that I was indeed not getting that job, I had to regroup and determine my next career steps. I was ready for the next career opportunity and wanted to make sure I wasn’t idly waiting for something to happen to me. Through internal networking efforts I found my next career opportunity, and that job turned out to be one of the best moves of my career.

Even when you know you are ready, and you feel you have done everything right, things can happen so that you are passed over for promotion. Know what you can control.